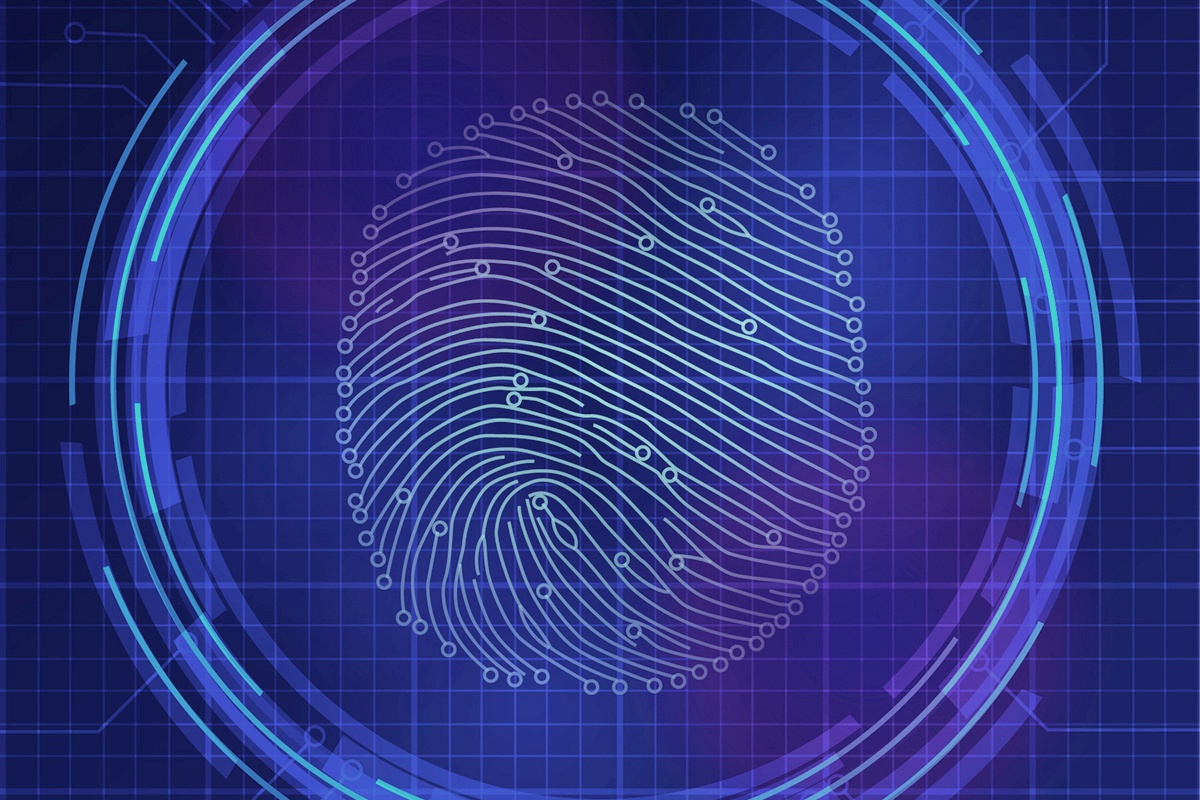 Choosing a system for electronic fingerprinting

One of indispensable conditions for improving the effectiveness of AFIS is the use of state-of-the-art digital technologies replacing traditional ink fingerprinting.


Digital fingerprinting technologies based on the use of live-scan devices allow the most accurate recording of fingerprint patterns and creation of high-quality fingerprint databases.

The high quality of fingerprints ensures high accuracy of automatic recognition and encoding of images in the AFIS, and as a result, an increase in its most important search characteristics -reliability, selectivity, and speed of operation.

In addition to radically improved quality of fingerprint data arrays, the use of fingerprint scanners solves a number of other important tasks that arise when creating a fingerprint identification system:

Wide use of AFISs for the needs of law enforcement agencies and the increased interest in application of fingerprint identification methods in civilian security systems have generated growth of offers of fingerprint scanners from manufacturers around the world.

The operation of optical scanners is based on the effect of disturbed reflection of light at the border of transparent mediums. A bright light illuminates the glass platen from beneath and is completely reflected from the valleys in papillary pattern, but not from ridges.

High-quality optical scanners form images with better characteristics in terms of resolution and dynamic range, compared to other types of devices.

Criteria for choosing a fingerprint scanner for an AFIS

When choosing a fingerprint scanner and a system for electronic fingerprinting, be guided by the following criteria: 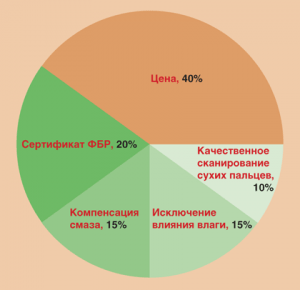 The choice of a functional type of the scanner depends on the nature of tasks to be performed with it.

Since the AFIS searches involve not only enrolled fingerprints but also latent fingerprints lifted at crime scenes, as well as fragmented patterns (unidentified corpses, victims of disasters and military operations), the fingerprint scanner you select must provide the imaging of fingers rolled from nail to nail.

If the tenprint cards include images of plain impressions, the scanner must have a sufficient size of the sensitive area for simultaneous scanning of four fingers.

If the AFIS deals not only with finger impressions, but also with palm prints (both enrolled and latent), it is necessary to choose a live-scan device with the scanning area sufficient for capturing images of palms.

To support this mode, it is enough to use a single-finger scanner with a sensitive area designed to scan a single motionless finger. The size of the scanning area must ensure the capture of a complete uncut fingerprint image. Failure to comply with this requirement leads to the loss of some of the features, and consequently, to a decrease in the AFIS efficiency. Also, the insufficient size of the scanning window complicates the work of an officer who positions the individual’s fingers on the scanning platen.

Impact of the captured area of fingerprints on the AFIS reliability

PAPILLON AO has conducted statistical studies on the AFIS database of 2 million tenprint records and 130 thousand latent prints in one of the biggest cities of Russia:

Mode of operation
2. Rolled fingerprints were replaced with plain impressions (55% of the area of rolled prints)

3. Rolled fingerprints were replaced with flat impressions of inch to inch in size (this size is accepted in some foreign AFISs). The area of cropped images was less than the area of original images by an average of 9%.

4. Some image parameters accountable at scanner certification (as discussed above) were changed:

The results of the studies show that:

Conclusion: An AFIS requires the most complete, nail-to-nail, fingerprint images. If incomplete images are entered into the AFIS, the latent prints left by unrecorded parts of the fingers will never be identified, even if the tenprint cards of individuals who left those latent are stored in the database.

In the examples below, the latents are identified in the AFIS against rolled fingerprints, but not identified against inch-to-inch finger impressions. 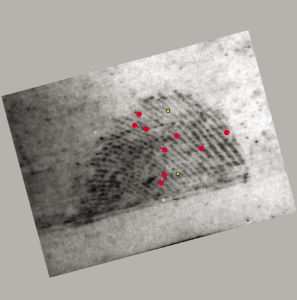 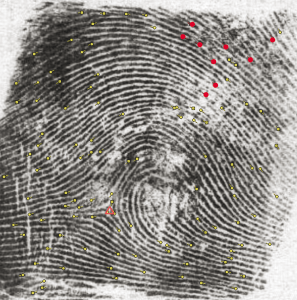 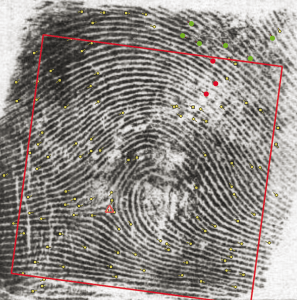 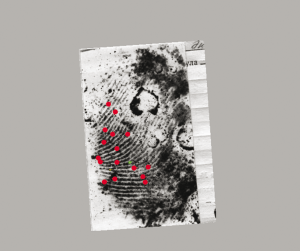 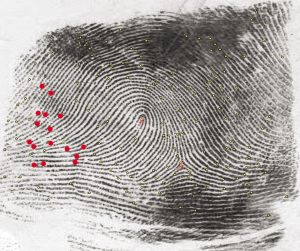 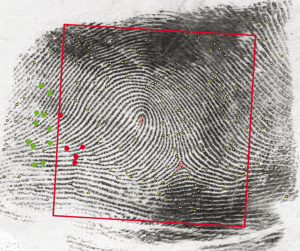 Smears at taking rolled fingerprints and their compensation

A rolled fingerprint is an image of the papillary pattern of a finger on the plane of a paper slip or sensitive prism of a live-scan device, depending on the method of fingerprinting used.

The geometric shape of the nail phalanx of the finger is not a regular cylinder. When rolling, the finger slips along the prism (or paper) causing the emergence of smears. The more fully the finger is rolled, the more likely that smears will appear. Besides, the degree of manifestation of this image defect depends on the anatomical features of the finger and the skill of the fingerprinting operator.

On tenprint cards with nail-to-nail rolled finger impressions obtained with the ink method, there are areas that are little or completely unsuitable for recognition as a result of smears. For ink technology, this image defect is almost unavoidable. 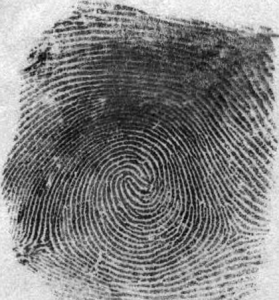 When taking rolls with fingerprint scanners, the situation is different.

There are hardware and software methods that allow, if they are successfully implemented, to almost completely eliminate the phenomenon of smudging on a generated image and, all other conditions being equal, to increase its useful area by 5-10% (it is that part of fingerprints that on average turns out to be unsuitable on paper slips).

Hardware methods of blurring compensation include:

The disadvantage of the first method is that it requires the use of cameras with a high frame rate. High-frequency and high-resolution cameras are expensive. Their use dramatically increases the cost of the scanner and, as a matter of fact, solves the problem at the expense of the consumer.

Attempts to use cameras with a lower resolution (and, accordingly, cheaper) result in a less size of the scanning area and a decrease in the amount of fingerprint data obtained.

The disadvantage of the second method is the presence of movable mechanical parts and automation tools that complicate the device, reducing its reliability and requiring scheduled maintenance or replacement (e.g. windings and moving parts of the step motor, the carriage drive, limit switches, etc.).

In case of software compensation for smears, the resulting image of the rolled finger is formed by programmatic gluing of fragments of sequentially captured frames. This approach is devoid of disadvantages of the hardware methods, but, in its turn, imposes some high requirements on the developers of software for scanners.

Thus, creating a scanner that could eliminate the problem of smears and provide a high-resolution imaging, and at a price acceptable to consumers at that, is a controversial and complicated task. Not all developers manage to successfully solve it, which means that not all devices used for taking rolled fingerprints equally reliably cope with the problem of smeared images.

Since there are no yet methods that control the ability of a fingerprint scanner to compensate for smears during rolling, we can recommend that consumers, when choosing a device, visually assess the quality of generated images. To do this, it is enough to roll thumbs (which usually produce maximum smears) of several people and, having printed out the received images, carefully review them. 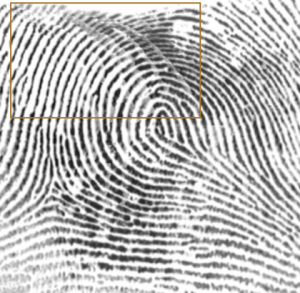 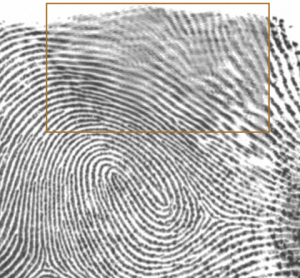 ‘Modest’ smear – shifts and gaps on the fingerprint image are shaded 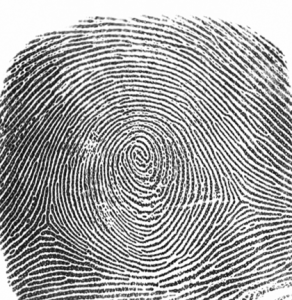 High-quality compensation of smears on the fingerprint image

Scanning of ‘complicated’ fingers and excluding the influence of moisture

Excessively dry or sweaty skin, papillary patterns with erased or small relief by nature – all these factors distort the true picture of a formed fingerprint.

Images of dry and erased fingers are obtained with low contrast, with a poorly distinguishable ridge pattern. Some significant details are lost due to the lack of contact of the substance naturally moisturizing the finger and the surface of the scanner prism.

Images of excessively sweaty fingers, on the contrary, are very dark. Some areas can merge into bright black spots due to the filling of valleys of the papillary pattern with moisture.

A high-quality fingerprint scanner should reduce the negative impact of these factors and form an informative image of a fingerprint, regardless of the skin condition.

The problem of dry skin, for example, is largely eliminated by the use of an elastic coating (membrane) on the contact surface of the scanning prism. Some manufacturers have found effective solutions to eliminate the influence of moisture.

To check how the device works with dry fingers, you need to dry the skin with chalk or alcohol before scanning.

You can simulate sweaty skin by simply dipping your fingers in water or moistening them with a damp cloth.

The analysis of the obtained images will allow you to make conclusions about the effectiveness of the scanner when working with ‘complicated’ fingers. 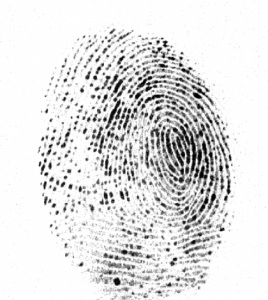 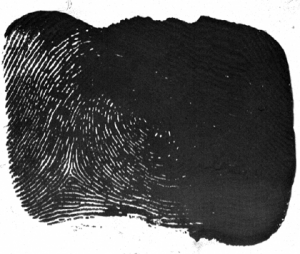 A fingerprint of a very sweaty finger 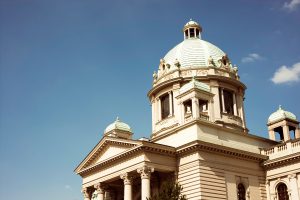 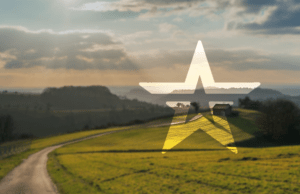 High-quality Fingerprint Images for e-Passports of the Military 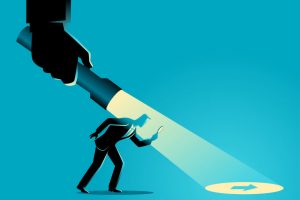 A high-profile crime has been solved in the Astrakhan region 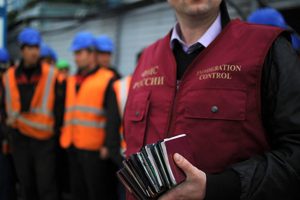 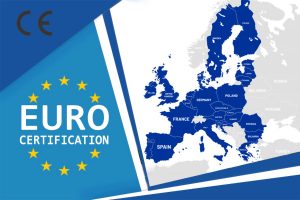 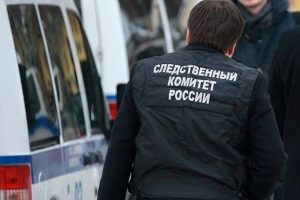