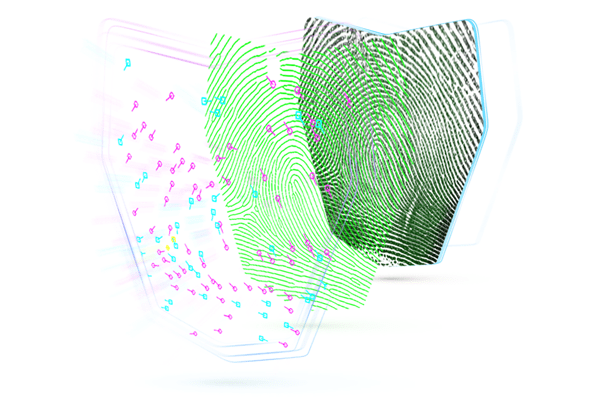 This service is relevant for the customers who are going to update the PAPILLON AFIS version. According to the results, additional identifications are established averaging out at about 2% of previously identified latents. Besides, it makes possible to identify fingerprints of the unknown dead.

Use in Combination with PAPILLON-Neuro

It has been proven by practice that the successive use of PAPILLON-Autocoder and PAPILLON-Neuro makes it possible to increase the efficiency of the Latent-Tenprint (LT-TP) search conducted in PAPILLON AFIS.

For testing, unsolved latents stored in forensic agencies in some subjects of the Russian Federation were selected. The result brought the following additional identifications:

2,824 more hits in three months through the use of NN in Chelyabinsk Region

3,590 more hits in three months through the use of NN in Nizhny Novgorod Region